I keep saying I will try and do Wiffessionals alphabet dating but never do. I decried to finally jump in and plan a date with my husband around the Letter "I"


1- Indulge at The Sweettooth Fairy

We started out the night with a trip to The Sweettooth Fairy. They had advertised this month was Mexican themed cupcakes. I had a hard time deciding, trying to be good and limiting my sweets right now. I chose a dulce de leche cupcake. Dulce de leche has becoming more and more popular. Too often people get it confused with plain caramel. I wanted to see for myself if it was real dulce de leche. Sure enough it was real, and it was real delicious. 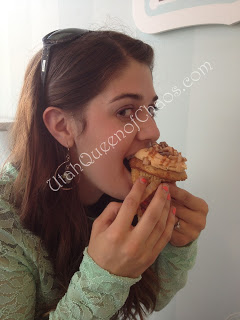 I also got to try the Mexican hot chocolate cake bites, and boy were they yummy. Only a $1 a bite isn't too bad on your pocket either. It was very creamy with a small subtle taste of Mexican chocolate. It too was real Mexican Hot chocolate and not just hot chocolate with cinnamon. Thanks for using real Mexican flavors, it was delicious. I may just have to make a trip every May if they keep making some of my favorite flavors.

Next we went to a concert I predicted years ago. I grew up and near the lead guitarist of Imagine Dragons. My senior year of high school he played his rendition of the star spangled banner. It was not only a tearful performance but the moment I knew he was going to make if big one day. Not to mention the multiple bands, orchestra's and many instruments he played. When my husband and I were engaged I predicted that we would one day see him play live from a very successful band. (I also told him about two drummers will most likely play professionally too. Drummer #1 & Drummer #2) Finally we got to fulfill that prediction, 9 years later. 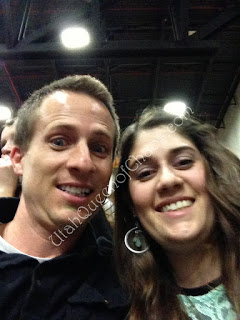 Here are some highlights from the concert.


3-Ice Cream & Ice Water
﻿
Last we headed home. Since I already had so much chocolate I was good and had ice water, while my husband had ice cream. That's his favorite.
Thanks Husband for an Incredible "I" letter evening. It was nice to Inhale the fresh rain outside too ;)

Posted by Jennifer Davis at 8:16 PM