This blog is about our family’s crazy roller coaster life. My family calls me the Queen of Chaos, a title I proudly wear.
My husband in I met and married in 2004. What now seems like a short time to date and be engaged, at the time seemed like an eternity. My husband was caught staring at me while playing volleyball in Southern California. We were sealed for time and all eternity on Friday the 13th in San Diego, CA. 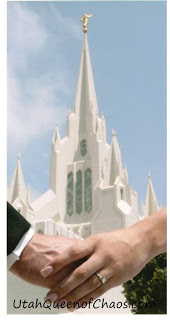 I was never the girl who dreamed of a perfect wedding. I was oblivious to wedding things and was more excited to be getting married to Steven than picking out a dress, flowers, colors or any of that mambo jumbo. However I had always loved the San Diego temple in La Holla. My mom said because I had mostly grown up in Utah I would never get married so far away, she ate her cake on that one. After a lovely honeymoon in the Bahamas and downtown Disneyworld in Florida we were ready to take on the world together. 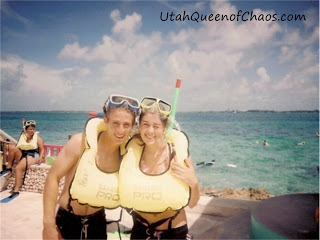 Fast forward 2 years and we bought our first home and had the cutest and smartest little boy. 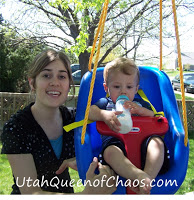 We later found our house with only 3 people in it was too boring. We decided to add a little chaos to our lives and had our first daughter. After 4 years in our home we decided we needed to sell it. We were very blessed to sell right before the big crash. Then another blessing in disguise was when things slowed down at work for Steven and I. We both worked in the financial business and needed to find other ways to bring in more money. Steven started selling door to door in his spare time. One thing led to the next and what originally was only suppose to be a summer away ended being 2 years. Steven and I took a summer sales job in Kentucky. We ended up living in Kentucky, New York, Oklahoma, and Kansas with a few stops along the way. We also added our second daughter in the midst of all that traveling. She  was born all natural in Oklahoma. The summer after we had her was our last summer abroad. Three kids in and out of hotels was enough for me. We decided it was time to settle back into a more permanent home. 3 kids also was the end of being a working mom. For years I had prayed to find a way to be able to stay home with my kids. So when people ask if the 2 year summer sales job was worth it, I answer yes! If we had not done it I don't know if I would have been able to finally take the leap and not work anymore. Luckily while living on the road with some of the craziest schedules Steven stuck with his schooling. He finally graduated shortly after moving back to Utah with a degree in business with an emphasis in finance. Today we are no longer moving around. We love our new home, and our newest addition. Yup girl number #3! To think at one point Steven and I strongly thought we were going to have all boys.

Steven and I make the perfect team! We manage the chaos very well together. I would never be able to do it with out him. I love being a Mom. Had someone told me this is what my life would have been at 20 something, I wouldn't have believed them. I also would never change it for the world. Again I love being a Mom and watching my children grow. Nothing brings a greater joy than being a parent. Best career change ever!