As many mom's out there know silence is not golden with children. Recently I realized the girls had been playing a little too nice and quiet, so I decided to check it out. Sure enough at the same moment I stuble upon this... 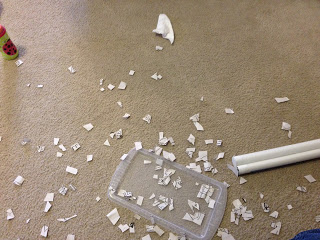 ﻿
My mind was flooded with questions. What in the world? Why is this here? Who did it? Where are they? Adrianna then came out of her sister's room with a big smile on her face. ﻿ 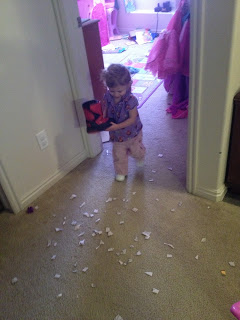 She then preceded to toss the contents out of Kadan's spiderman snowboot onto the floor.﻿
What I still couldn't figure out was where it was coming from? She then ran back into Yesenia's room to only come back out with Kadan's other boot to repeat the confetti tossing. 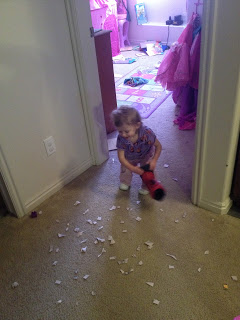 I followed her into Yesenia's room this time to find out Yesenia was cutting up her coloring book into confetti and filling Kadan's boots. She then was instructing Adrianna to go have a party through out the house. What a party we had. The making and tossing of confetti was a blast, the cleaning up not so much.  I think I will still find random pieces of confetti for the next few days. 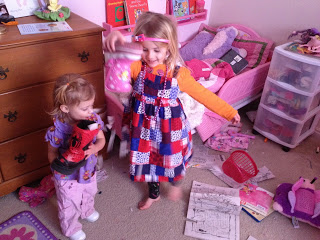 Posted by Jennifer Davis at 4:01 PM