Since Kadan was about 2 years old we have always made leprechaun traps on the eve of St. Patricks day. Every year they have gotten more and more elaborate. We never have caught one but he usually leaves some fun treats behind.

Kadan built his first trap with his Uncle Jacob. 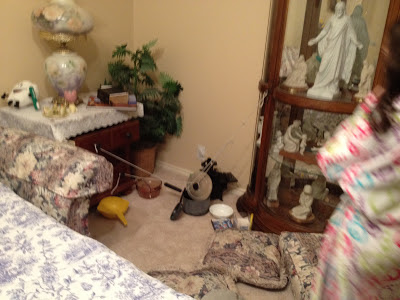 April 16, 2012
Last year we did our traps with our cousins so there was more than one. The kids used kitchen utensils, the mousetrap game and who knows what else. 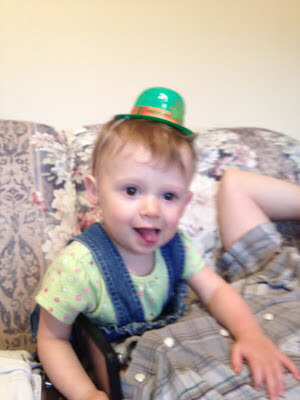 April 17, 2012
Last year the leprechaun left behind his hat, some lucky charm cereal, and green candies.
This year Kadan has been given the opportunity to make one and take it to school. This is Kadan's 5th year doing them so he considers himself an expert despite the fact he has never caught one. Naturally while he was making his, Yesenia had to make one too. He was explaining to her why we make them, that they are attracted to shiny and gold things, and other random odd facts. The hardest part was having to make them portable, but In the end both kids were very happy. We will see what happens this Sunday!
Check out more St. Patty Day ideas at:
Disney St. Pattys Day Ideas
Spoonful's Traps & Crafts
Posted by Jennifer Davis at 9:40 AM