My husband couldn't wait to get his surf on when we were in Hawaii. We have wanted to go to Hawaii and go surfing since we were engaged over 9 years ago. Not to mention he has made me watch North Shore more times than I want to admit. At first we had just planned on surfing in Kauai. Since we had some "free time" while on Oahu one morning we couldn't pass up the chance to surf the North Shore! 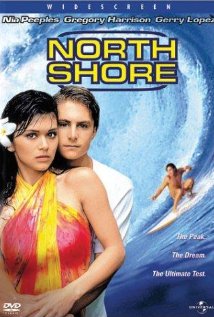 We went to Haleiwa to rent some boards. It was a little overcast with random rain bursts (typical for Hawaii) but nice for surfing. My husband says any day for surfing is a nice day. I was worried the waves would be too big, but they were quite the opposite. We were where there was lots of reef breaks, and small crests. 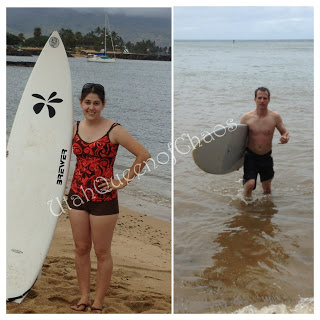 My favorite part was the turtles. I just laid on my board and paddled around while watching turtles pop up around me. It was so cool!
Then we went surfing again while in Kauai. rented some boards and went to Poipu beach. These waves were WAY more powerful. Lots of reef, so you have to be careful where you go out and drift too. The waves were stronger than anything I have ever felt before. Sometimes with the water just past my ankles it would knock me on my butt! My husband obviously got a lot more surfing in than me ;) I would go out for a bit, then slowly catch some waves in. Then after catching my breath for a bit try to go out with him again. 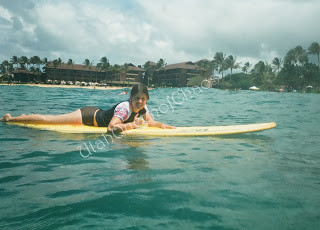 My husband has sacrificed so much for me and my family, including his passion for surfing. He always does what his family wants to do with no complaints. It was so nice to sit on the beach and just watch him in his element. It was like riding a bike for him. I wish we would have had more time for him to surf. Next time we want to just rent a bungalow and spend all our time on the beach. 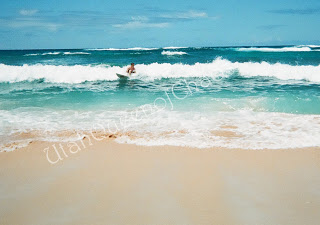 ﻿
Posted by Jennifer Davis at 6:00 AM No comments: